The gender pay gap and being asked for salary information 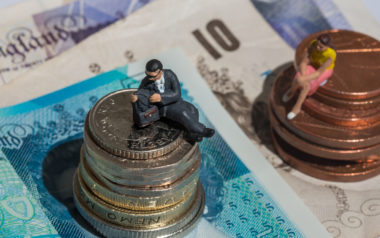 In some states in America it has become, or is due to become, illegal for employers and recruiters to ask about current salary or historical salary.  The reason is to attempt to close or significantly reduce the gender pay gap in the US.  The background behind this can be summarised as follows:

So the thinking behind the ban on asking for salary information is that employers will have to offer a salary they think is suitable for the job they are recruiting for/matches an employee’s aspirations without any gender bias. (NB: Employers can ask for salary expectations or aspirations).

The position in the UK

As is the case in the US, in the UK there is also a gender pay gap (in fact, there is a gender pay gap reported in all Western countries). Nationally, in the UK, the Telegraph reported that the Office of National Statistics states that “women still earn 9.4 per cent less than men, with big discrepancies still existing in some parts of the country”. (Scott, 2017).

Last month, the Law Society Gazette reported that firms face a gender pay gap challenge over [salaried] partners as a result of new laws coming in, in the UK, to help reduce the gender pay gap here in the UK. (Fouzder, 2017).

Recruitment and asking for salary information: in the UK

Whilst some employment legislation exists around recruitment, (covered by the Equality Act 2010, in the UK) asking upfront for a candidate’s current salary or salary history as part of a recruitment process, remains legal.

Choosing to discuss or share your salary history/current salary when working with a recruiter or direct employer is a matter of personal choice.  As above, it is not illegal for an employer or recruiter to ask for this information.

In our experience, an employer tends to ask for this [salary] information upfront for overall recruitment efficiency; they want to know if a candidate is affordable since it’s a waste of everyone’s time (the candidate’s, the employer’s and the recruiter’s) if it later transpires a candidate is too expensive to hire at the point of an offer of employment.

In our experience, if the question of salary arises after a first meeting or final interview, it is usually because there is serious interest in making an attractive offer. So by providing the context of a current or historical salary, an employer can ensure that their offer is attractive and, hopefully, will be accepted and will result in a candidate actually accepting the offer.

Our advice on how to handle salary discussions, as salary questions arise during a recruitment process, remains consistent and is outlined here.